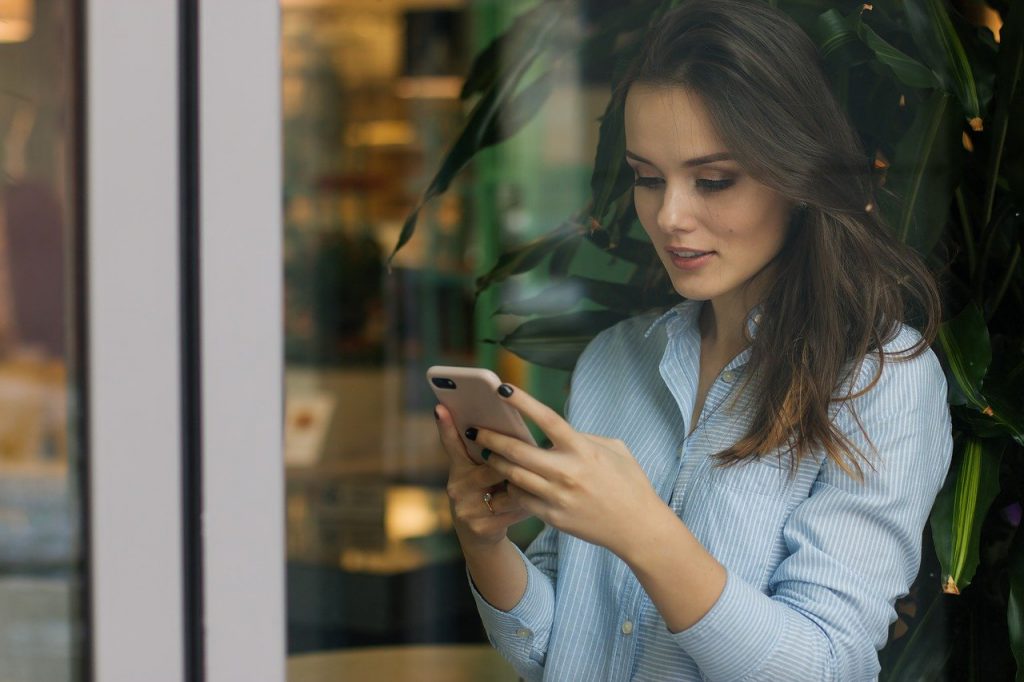 Have you ever wondered if others’ posts on social media are a genuine reflection of their life?

For example, is their life or business really as successful (or perfect) as it may sound?

In my early days of being a new business owner, spending time on social media was a slippery slope. One afternoon, when I was in a vulnerable state, questioning if people would sign-up for an upcoming class, I unconsciously reached for my phone and opened Facebook. Before I knew it, I was knee-deep in self-criticism and self-doubt.

Why aren’t you posting more?

Why don’t you have more followers?

Social comparison is a common thought pattern that leads you to assess how you stack up against someone in a related field, role, or position. It’s sneaky in that you usually don’t know you’re doing it. You’re also more apt to do it with people you perceive as better than you, which is called upward social comparison.

Learn to navigate social media without feeling overwhelmed and anxious in our 7 Days of Mindfully Managing Social Media on-demand series!

Now, you could be thinking, isn’t it helpful to watch others succeed, and learn from them? Yes! But, the problem is, we tend to devalue ourselves and downplay our own worth or achievements, which isn’t helpful, or a strategy for success.

Understanding What You Can & Can’t Control

At the end of the day, many aspects of social media are outside your control. From the algorithms that limit whose posts you see to the person who reveals too much of himself to the showy behavior a friend displays.

You might wonder, where do you have control? Consider asking yourself, can you control who you follow or how much time you spend scrolling? What about when you get on, such as before bed or in the middle of something important? Sounds simple, right? If it only it were that easy!

Build the skills to manage self-control by registering for an upcoming Mindful Daily!

One way to have more control is to first consider if you’re using social media in a way that adds value to your life. If not, that’s good information! You can always begin again with your hopes and happiness in mind.

1. Set clear boundaries and honor them

It may seem like your device is more powerful than you because it occupies so much of your attention, but it’s not! To put yourself back in the driver’s seat, stop and think about how much time you truly want to spend on social media.

Do you want to engage with all the different platforms or would it be helpful to limit yourself to one or two? Similarly, can you get clear with yourself about the best time to use social media?

For example, if scrolling before bed interferes with your sleep, honor your need for rest. Then notice how good it feels to follow through on what you want. Positive reinforcement is a beautiful tool for creating new habits!

2. Respect the role of dopamine.

If technology or social media has ever seemed addictive, it’s not entirely in your head! The pleasure-inducing brain chemical, dopamine, is released when you have a positive social interaction online, such as when your post gets liked or you get invited to a friend’s event.

Be respectful of the way dopamine increases your motivation and desire to keep checking and scrolling, and be wise about how you protect yourself from being eternally seduced by dopamine!

In an online environment, it’s easy to lose touch with our common humanity. For example, the person who’s only posting magical family photos may seem like they lead a stress-free life, but there’s almost always more to the story.

When you feel irked about others’ quirks, get curious about how you can relate. For example, for the people who always appear happy or put-together, consider if you’ve ever struggled with perfectionism, or not wanted to show your quirks and imperfections to the world.

4. Don’t compare your insides to someone else’s outsides.

If you’re having a rough day, limit your time on social media.

Instead of running the risk of bumping into a post that makes you feel worse, prioritize activities that are easy and genuinely helpful, such as spending time with people who have a sincere interest in your well-being.

5. Focus on building your own worth.

The more you understand – and believe in – your own strengths and worth, the less likely you are to spiral into self-doubt at the sight of a popular or successful post.

When you truly value yourself, you’ll have an easier time saying no to the parts of social media that simply aren’t worth your precious time.

A beautiful mindfulness technique you can practice on social media is called mudita, or the practice of sharing in someone else’s joy or success. What would it be like to really appreciate a friend’s post instead of judging and comparing yourself?

Try it initially with people for whom this happens easily, and slowly build from there. Notice how good it feels to see someone you care about succeed.

Let their happiness be a source of your happiness, and abide in the goodness of appreciating their success. You can even send them a wish for more good things, such as, “May you experience greater happiness.”

7. Pause and find presence within the moment

Try it with our 7 Days of Slowing Down in a Fast-Paced World on-demand collection!

Everyone benefits differently from social media use. The point of this article isn’t to guilt you into using social media a certain “right” way as much as it is to help you understand what’s your right way. What’s the way that adds true value to your life while warding off common visitors, such as comparison and stress reactivity?

Have fun using the suggestions above to support you!